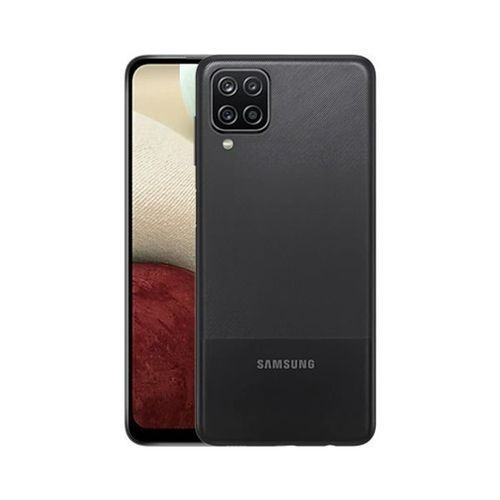 Starting off with the design of the phone, it is pretty normal. The device has opted for an Infinity-V notch instead of a punch hole display. It has a glass front with a plastic frame and a plastic rear. Samsung Galaxy A12 features a square module rear camera and has a Samsung branding at the mid-bottom of back. Samsung Galaxy A12 flaunts a 6.5-inch PLS IPS TFT HD+ display with a screen resolution of 720 x 1600 pixels. It has an aspect ratio of 20:9, 82.1% screen-to-body ratio, and 270 PPI density. The device also has a side-mounted fingerprint sensor.

Coming to the photography aspect of the device, it is one of the highlighting features of the phone. It comes with upgraded camera features compared to its predecessor. Samsung Galaxy A12 has a quad camera setup at the rear that consists of a 48 MP main camera with f/2.0 aperture, a 5 MP ultra-wide-angle camera with f/2.2 aperture, a 2 MP macro sensor with f/2.4 aperture, and a 2 MP depth sensor with f/2.4 aperture. At the front, the device houses an 8 MP selfie camera with f/2.2 aperture. Both the rear and front cameras support video recording up to 1080P@30fps. Performance

Talking about the performance of the phone, Samsung Galaxy A12 comes equipped with an octa-core Mediatek Helio P35 Chipset that also powers Oppo A12. the smartphone will hit the market with three different memory configurations 3GB, 4GB, 6GB of RAM and storage options of 32GB, 64GB, and 128GB respectively. You can also get a storage expansion of up to 1TB via a dedicated microSD card slot. On the software front, Samsung Galaxy A12 runs on Android 10 with One UI Core 2.5 on top.